YOOZOO Games has released the 2020 semi-annual report. The report shows the company achieved an operating income of RMB 2.517 billion, a year-on-year increase of 45.49%; net profit attributable to shareholders was RMB 495 million, an increase of 21.54% over the same period last year. Operating income and net profit both hit record highs. According to Sensor Tower, YOOZOO was consistently amongst the top six Chinese mobile game publishers in the global revenue list in recent months. 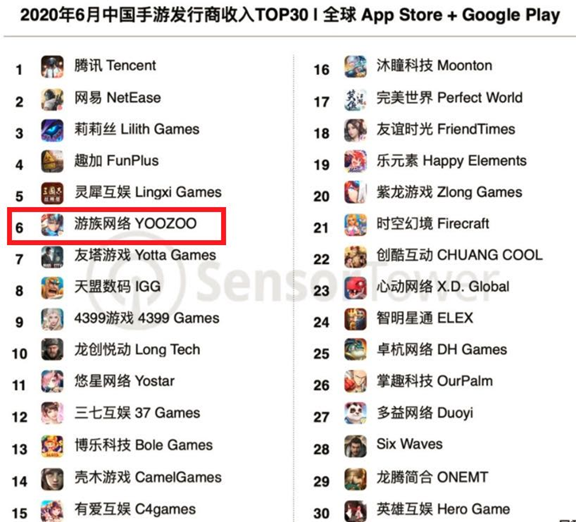 Lin Qi, Chairman and CEO of YOOZOO Games, said: "Through the twists and turns of the past year, in the first half of 2020, the company has hit its two major goals of ‘stabilizing the card-gaming field’ and 'achieving global breakthrough in SLGs'. Focusing on competitive advantage in these areas, and steadily promoting globalization and IP management, we achieve considerable growth. In the future, YOOZOO Games will connect superior global resources and partners, and pay more attention to product culture and aesthetic expression. Practicing the corporate mission of "Using technology to extol civilization" and releasing greater development potential.Through extensive and fast strategic readjustment, YOOZOO Games achieved two historical highs in revenue and net profit.”

Turnover From Card Games Exceeds￥2 Billion In Half A Year.

With its achievements and reputation, YOOZOO Games has further consolidated its position as the "King of Cards" in the industry. From popular long-standing domestic Chinese mobile card game of "Junior Three Kingdoms", to new products in the series such as "Junior Three Kingdoms: 2", with a total of more than 200 million players, YOOZOO Games has created a card world IP with unlimited possibilities. At the same time, the company will continue to expand the "Junior Three Kingdoms" series to launch a new strategic card game. The game is currently in the later stages of testing. The launch of this product will broaden the types of subdivision gameplay and consolidate the company's layout in the card-gaming field.

Centering on its own "Junior" series, YOOZOO Games has formed a product production line with both innovative vitality and industrialization capabilities. The company will build a category lead by absorbing professional talents, building partners, and expanding in the global market to continue to deepen resource advantages in the card-games market.

Implemented several years ago, the company's strategy for Greater Asia, is now showing serious results. YOOZOO Games adheres to the strategy of "globalized products, regionalized operations", and makes use of regional advantages in terms of operation promotion and user service in accordance with the different cultural backgrounds and user preferences, to performing a precise and efficient "Landing capability". Localized product fine-tuning for different regional markets has also become an important factor in YOOZOO Games’ ability to compete in overseas markets.

Based on the preferences of players in different markets, the company also launched "Stella Arcana” and “Sengoku Love” in the Japanese market and “Forsaken World: Gods and Demons” in the Korean market.  The performance of these products and other titles such as “Junior Three Kingdoms: 2” ranked YOOZOO 20th among Japanese mobile game publishers by Sensor Tower in June. The company launched a customized two-dimensional card mobile game "Red: Pride of Eden" in the Japanese market in early July. After the game was launched, it topped the download list for two consecutive days and topped the best-selling list. In July, the company rose to No. 15 in the revenue list of Japanese mobile game publishers. 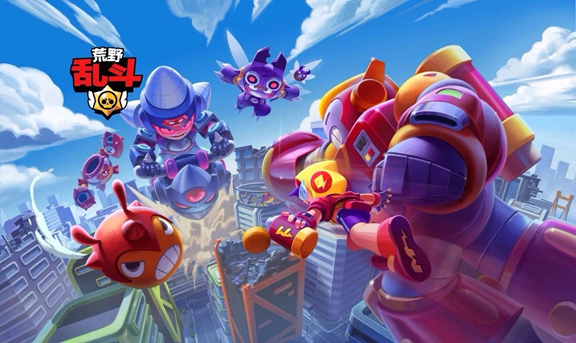 In China in the first half of 2020, the company launched the turn-based RPG mobile game "Mirage In The Flower" based on the classic Chinese mythology of the same name, and also published the world's top IP competitive mobile game "Brawl Stars”, bringing tens of millions of new users to the game, and building a solid reputation, further bolstering the company’s experience in IP brand promotion.

On July 21st, the company launched the mobile game beta test of "GOT: Winter is Coming M" in the Asia-Pacific region (China, Hong Kong, Macao, Taiwan, Japan, South Korea, Southeast Asia). During the registration period, the game was recommended by Google and Apple Stores multiple times. In the first week of launch, it entered the Top 10 best-selling list in Hong Kong, Macau and Taiwan, and the Top 20 best-selling list in Korea.

In 2019, the company successfully launched the strategic card mobile game "Saint Seiya Awakening: Knights of the Zodiac" developed by Tencent and authorized by Masami Studios, in Asia Pacific, Europe, North and South America, and other regional markets. The game ranks in the top 20 in multiple countries and regions app store’s best-selling games list, and has long been at the forefront of the best-selling games list in Brazil, France and other regions. The officially-licensed browser game "Game of Thrones Winter is Coming" started its overseas public beta in March 2019 and is currently online in 15 languages, and has been recommended by Facebook six times.

The company's wholly-owned subsidiary, YOOZOO Pictures, has obtained the rights to develop, publish, adapt, an English-adaption of the "Three-Body" series of novels, as a Netflix original series.

Facing the upcoming 5G era, the company is actively deploying in cloud games, AR/VR, AI, e-sports and other fields. In the first half of 2020, the company actively carried out technical operations for cloud gaming through cooperation with HUAWEI CLOUD, launching the "YOOZOO Games Cloud Game Platform" based on HUAWEI ARM cloud services, launching 8 mobile games with click-and-play.

In addition, the company and Haobai Holdings jointly used "5G VR Town" as a content integration platform to deploy new 5G entertainment business formats. In the future, the company hopes to form an interactive effect through business cooperation between industries, provide better support for content creation and dissemination through new technologies, deliver products containing Chinese culture to users, and truly realize mobile informatization for people from all walks of life and societies. The deep integration of lifestyles will better provide users with high-quality, novel and smooth 5G application services and ecosystems.

In the first half of 2020, following years of resources accumulation and persistence in product development and operations, YOOZOO Games has achieved outstanding performance in various products, and breakthroughs have been made in both the domestic and overseas markets. With the launch of a variety of products scheduled, the company's performance is expected to achieve high growth in the second half of the year, while bringing more surprises to the industry. In the future, YOOZOO Games will continue to move towards the goal of opening the window of culture with games and building a monument of civilization with games.