The recently published 2020 report included the ‘Breakout Games’ category –highlighting the most popular games in the previous year based on year-over-year growth in iOS & Google Play consumer spend. YOOZOO Games’ mobile RPG Saint Seiya Awakening: Knights of the Zodiac was listed as number 4 in Brazil and number 5 in Germany in the Breakout Games category. Officially authorized by Masami Kurumada’s studio, the title was released last year by YOOZOO alongside developer Tencent Games.

Considering Saint Seiya Awakening: Knights of the Zodiac was only released in the second half of 2019, this industry recognition highlights the huge growth YOOZOO Games is currently experiencing in overseas markets. 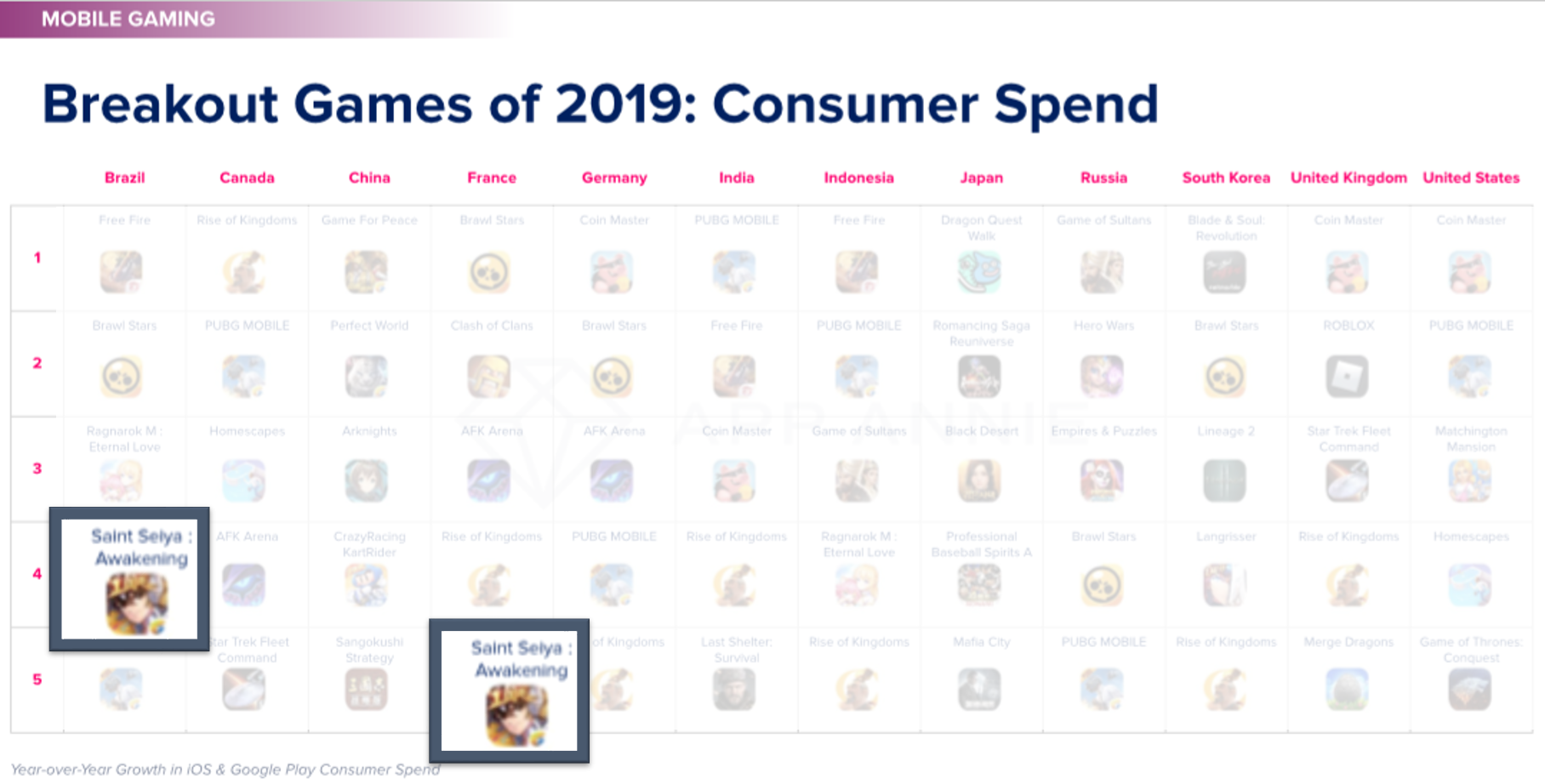 The game plays out with action-packed, visually immersive 3D graphics which closely follow the original. Players must take on the role of a saint, fighting in combat to defend the Goddess Athena and progress through the storyline.