Based on overall trends in 2019, the single-quarter operating income of YOOZOO continues to grow, performance increases steadily, and the subsequent growth momentum is stable. Existing products are improved through refined operations, achieving long-term steady growth; and many new overseas products are in the pipeline, with the strong overseas distribution capability of the firm. In China, in addition to "Game of Thrones Winter is Coming" launched in July, and sequels to number of masterpieces such as "Junior Three Kingdoms" and "Mirage In The Flower " were also launched – all expected to bring big improvements in the second half of the year. 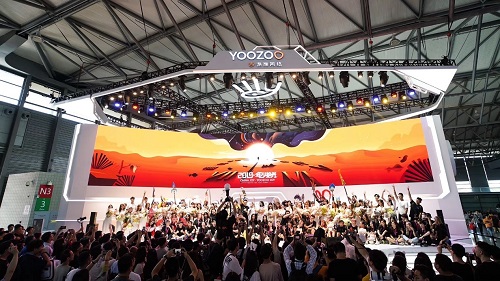 YOOZOO adheres to high-quality R&D and the constant refinement of products, providing value to users with high-quality products and services. Based on the 3+X category strategy, the company continuously consolidates and enhances the advantages of the SLG, Card and MMO categories, whilst also developing new categories to improve product quality and competitiveness. At the same time, YOOZOO Games is based on the refined operations concept, establishing a complete organization system, understanding the needs of users, and conducting individualized and competitive product operations, constantly pushing the boundaries of categories and improving the product life cycle.

In the second half of the year, a number of new products have or will be released in China. Among them, Game of Thrones Winter is Coming – the officially licensed mobile strategy game based on the Emmy® award-winning HBO® show – developed by YOOZOO Games with Tencent as the exclusive agent, was released on July 10th. The game was officially recommended by the Apple App Store 3 times within 5 days. Considering the long lifecycle characteristics of SLG products, the long-term performance looks very positive.

Results Under The “Global-Local” Strategy

YOOZOO fully implements a global localization strategy, coordinated from the global dimension, retrieving insights into the characteristics of different regional markets, and strengthening the integration of R&D and distribution.

Based on YOOZOO’s report, the Asia-Pacific region – notably Hong Kong, Macao and Taiwan, mainland China, Japan, South Korea and Southeast Asia, accounts for 47% of global income. Based on the same cultural roots in each region and the higher requirements for localization, YOOZOO Games proposed the “Greater Asia” regional strategy, getting rid of the previous “single point” thinking, and integrating Greater Asia as a whole centralized distribution platform. Co-operating with the local distribution teams improves efficiency whilst ensuring maximum release impact. 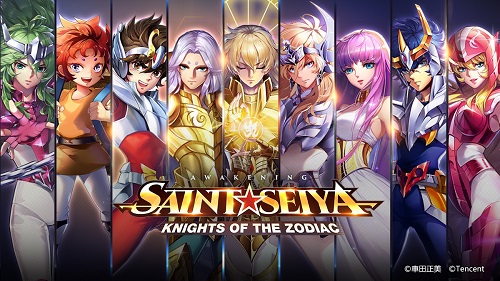 Under the “Greater Asia” regional strategy, several new products achieved good results in the first half of the year. Officially authorised by Masami Kurumada’s Studio, and with Tencent R&D, the RPG "Saint Seiya: Awakening" was released in Hong Kong, Macao and Taiwan and Southeast Asia in the first half of the year, with Hong Kong and Taiwan respectively taking the first and second place in the best-selling list of games. The game is also listed on the best-selling list of RPG games in Southeast Asia, including Thailand and Indonesia, and will be released in Korea and other regions in the second half of the year.

In the European and American regions, YOOZOO continues to break through in the traditional MMO and SLG categories. In March of this year, the English version of “Game of Thrones Winter is Coming”, a real-time strategy PC browser game officially licensed by Warner Bros. Interactive Entertainment under license from HBO®, developed and distributed by YOOZOO was released. The innovative strategy game, which delivers an authentic and immersive multiplayer world laid out across the Seven Kingdoms, has been recommended by Facebook four times since its launch, and is now available in 14 languages. The long-running classic product "Era of Celestials" remains attractive in Europe and the United States, with more than 10 million registered users since launch.

YOOZOO has established a strong product matrix, combining in-house and agency research, selecting different products for different regions such as Asia, Europe and America. The combination of R&D and operations delivers leading products with different characteristics across regional versions, effectively improving the distribution effect. For example, when entering the Japanese market, the "Junior Three Kingdoms" invited well-known Japanese voice artists for the voice dubbing, simultaneously modifying the gameplay mechanisms and the game name in the Japanese region - all of which are typical examples of the ways in which YOOZOO localizes products.

The deep localization of YOOZOO products is also reflected in the construction of the organization team. At present, local teams have been established in various regions across Greater Asia, hiring talents experienced in successfully delivering overseas titles.

YOOZOO’s AI Innovation Lab is now an operating business, making use of artificial intelligence technology to radically improve the efficiency and service quality of artwork, game testing, operations, advertising and so on. Additionally, YOOZOO has also actively deployed business in the field of e-sports.

In the future, YOOZOO will continue to focus on the user, R&D and distribution, and understand the market demands and keep pace with the times to provide users with the highest quality service. At the same time, YOOZOO will expand the value of the game through richer and more positive content, and expand the layout of the game to contribute to positive cultural exchanges.

YOOZOO Games is a global entertainment company specializing in game development and distribution. The company is headquartered in Shanghai with offices in London, Berlin, Hong Kong, Singapore, and other major cities. Since its founding in 2009, YOOZOO has launched a multitude of highly successful products such as Games of Thrones Winter is Coming, Legacy of Discord – Furious Wings and League of Angels, and has forged a strong global distribution network.
Official Site http://www.yoozoo.com/
Global Game Portal https://www.gtarcade.com/
LinkedIn linkedin.com/company/yoozoogames