In the third quarter of 2019, YOOZOO achieved double growth in revenue and profit, mainly due to the synchronised market activities in both domestic and overseas markets. YOOZOO’s self-developed mobile masterpiece Game of Thrones Winter is Coming was released in July in China. YOOZOO’s self-developed PC browser game Game of Thrones Winter is Coming has made consistent profits in both the European and American markets since going online in March. After early success in Hong Kong, Macao and Taiwan, Mobile RPG Saint Seiya Awakening: Knights of the Zodiac has also been a smash hit in the Southeast Asia, Europe and US markets. A number of existing products, including Junior Three Kingdoms and Thirty-six Stratagems, also continue to show stable growth.

YOOZOO adheres to high-quality R&D and the constant refinement of products, providing value to users with high-quality products and services. Based on the 3+X strategy, the company continuously consolidates and enhances the advantages of the SLG, Card and MMO categories, whilst also developing new categories to improve product quality and competitiveness. At the same time, YOOZOO Games is based on the refined operations concept, establishing a complete organization system, understanding the needs of users, and conducting individualized and competitive product operations, constantly pushing the boundaries of categories and improving the product life cycle.

In the second half of the year, a number of new products have or will be released in China. Among them, Game of Thrones Winter is Coming – the officially licensed mobile strategy game based on the Emmy® award-winning HBO® show – developed by YOOZOO Games with Tencent as the exclusive distribution agent, was released on July 10th. The game was officially recommended on the App Store 3 times within 5 days. Considering the long lifecycle characteristics of SLG products, the long-term performance looks very positive.

In March of this year, the international version of “Game of Thrones Winter is Coming”, a real-time strategy PC browser game officially licensed by Warner Bros. Interactive Entertainment under license from HBO®, developed and distributed by YOOZOO was released. The innovative strategy game, which delivers an authentic and immersive multiplayer world laid out across the Seven Kingdoms, has been recommended by Facebook four times since its launch, and is now available in 14 languages. 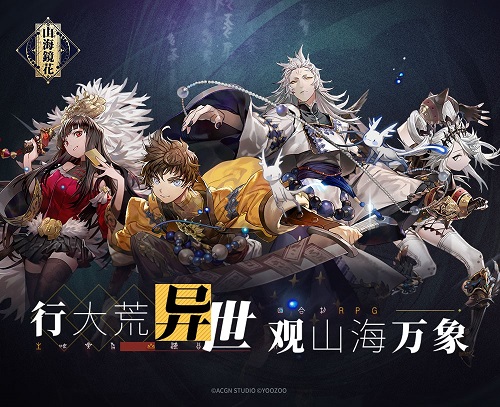 Additionally, YOOZOO has a number of heavyweight self-developed products expected for imminent release, aimed to be in the hands of players in the next six months. Sequels to the original, Junior Three Kingdoms 2 and Junior Three Kingdoms: Zero maintain strategic competition as the core feature, integrating exciting new real-time features.

Simultaneously, YOOZOO continues to actively explore new category markets. The second instalment of the next-generation 3D graphics turn-based mobile RPG Mirage In The Flower is also set to launch soon. The game is based on the Mirage In The Flower series written by famous Chinese artists. The current TAPTAP score is 8.4, with 2.2 million registered users.

YOOZOO Continues To Exert Its Strength In Overseas Markets, Based On A Deep Global Localization Strategy

As one of the earliest Chinese game makers to enter overseas markets, YOOZOO is focused on the global market and continues to expand its global distribution capabilities. Based on the past ten years’ overseas expansion, YOOZOO views operations from a global perspective, with regional market segmentation. By gaining insights into the characteristics of different regions, and deeply exploring targeted distribution strategies, YOOZOO can deepen the implementation of global localization strategies by strengthening the organizational structure in each region.

In the Asian market, whilst there are the same cultural roots, there is still a high demand for localization. Thus, YOOZOO proposes the “Great Asia” regional strategy, getting rid of the traditional “single point” thinking, and instead coordinating Greater Asia as a whole. The distribution platform cooperates with the local distribution teams to improve efficiency, whilst simultaneously maximizing the effectiveness of distribution. In the European and American markets, YOOZOO’s years of experience, continue to pay dividends, breaking through the distribution of superior categories, constantly seeing new success stories and consolidating a leading market position. In September, Saint Seiya Awakening: Knights of the Zodiac’s Western market version was released. In these markets, targeted adjustments to the product were made based on a deep understanding of local market environments and user habits. The game ranks first on the best-selling lists in France, and in the Top 3 games on best-selling list in 9 countries and regions including Brazil and Belgium. Elsewhere, the game ranks amongst the top 10 in the best-selling list, including Spain and Chile, ultimately climbing to the top in more than 20 countries around the world. The RPG has hit the RPG games bestseller lists and repeatedly recommended on both Google and App stores many times.

Whilst maintaining steady development in its main business areas, YOOZOO has always paid attention to the technological development emerging fields, with a passion to understand the latest industry trends, looking for new forms of energy for future growth, and actively trying to apply AI and cloud technology to create more entertainment classics. 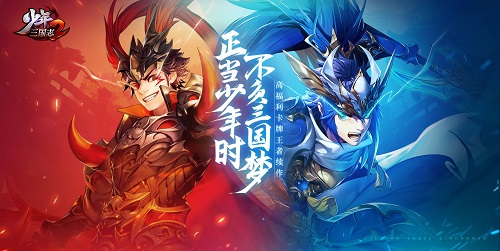 In addition, thanks to the support of government policies and resources within the games industry, YOOZOO will also actively work in the business field of e-sports, deploying a platform-wide strategy, tapping into high-quality products, holding offline events, and providing a new offline experience. Ultimately, the platform will become a place for fans to gather, promoting industrial development, and contributing to Shanghai's target as the "global e-sports capital".

In the future, YOOZOO will continue to focus on the user, R&D and distribution, and understanding the market demands and keep pace with the times to provide users with the highest quality service. At the same time, YOOZOO will expand the value of the game through richer and more positive content, and expand the layout of the game to contribute to positive cultural exchanges.