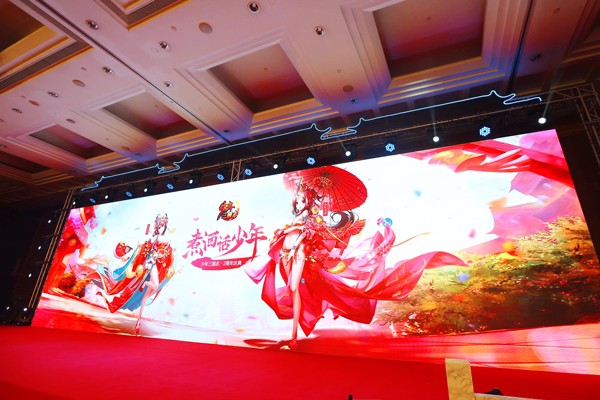 According to the "2016 China Gaming Industry Report," earnings of Three Kingdoms-themed games constituted 4.9% of total market revenue for mobile games that averaged over RMB 10 million of monthly income in 2016, and Junior Three Kingdoms was one of the few games with this theme. Chen Libiao said that YOOZOO Games will continue to outdo itself in the future by releasing even better card games. 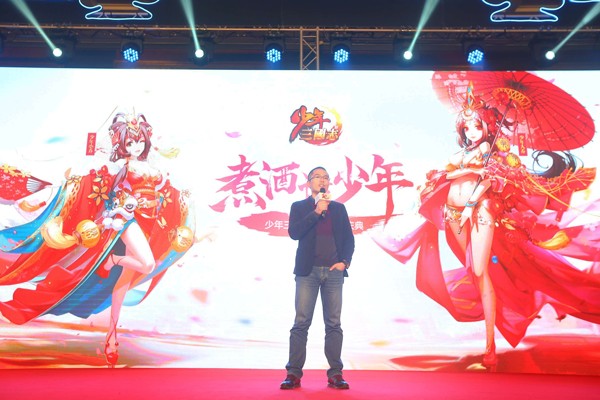 At the event, Cheng Liangqi explained to audiences that development for the game began in 2014, and the game was officially launched in 2015. Following the first closed testing, the 7-day and 14-day retention rates reached 61.76% and 50.35% respectively. Such stunning success was a direct result of the development and operating team's passion for the Three Kingdoms-themed games and their meticulous operation.
When the game was released, the mobile card games were on the rise, and the market was full of similar Three Kingdoms adaptations. Junior Three Kingdoms' success over the past two years depends on its development and operations team's bold and enterprising nature and their passion for Three Kingdoms games, as well as gamer participation and feedback.
"Adolescence is the best part of life. It's full of limitless possibilities." During his speech, Cheng Liangqi differentiated between "courageous adolescents, aggressive adolescents, and genial adolescents," to explain the concepts of the Junior Three Kingdoms' team. The team also followed the mantras of "challenging authority to make the best Three Kingdoms game", "fighting hard for continual improvement," and "making gamers feel included, and growing with gamers." Junior Three Kingdoms dared to challenge existing Three Kingdoms games, and its rapid version upgrades and open player plan were key to the game's success.
Concerning the game's open plan, Cheng Liangqi spoke of his personal experience. During Junior Three Kingdoms' open testing period, he would mingle with players and read forum posts using his actual name, and make immediate product adjustments according to user experience. In addition to guarantee of product quality, this gave players a greater feeling of inclusion, helping build a planning system of mutual trust and communication.

Carry out 31 Rules: Build a backstage method into products 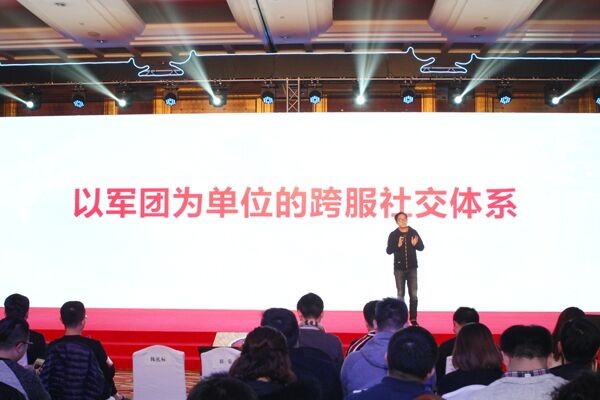 For instance, whenever the R&D team planned version contents, they would optimize the game by following the one of the 31 Rules, the "Tri-balance Criteria" (one third of system details optimization, one third of updating of product aesthetics, and one third of new product content). Under this principle, Junior Three Kingdoms has been operating successfully for two years without any major mishaps since it was launched in 2015.
For the last two years, Junior Three Kingdoms has released 63 version upgrades which included 24 major upgrades, and an addition of 447 new pieces of artwork, through which the development team expressed their appreciation to players. In celebration of its two year anniversary, Junior Three Kingdoms released a special Firebrands edition which featured heavily revised artwork and gameplay, bringing gamers a brand new Three Kingdoms card game experience from the aesthetic visual effect and country-scale battle gameplay.
In the future, Junior Three Kingdoms will conduct more offline activities and develop a pan-entertainment franchise that spans across manga, novels, films, and TV series.

Establish a closed ecological system through self-developed IP
Today, mobile game development is gradually maturing, the "no games without an IP" era has long past, and the early period of IP licensing is no longer the only way to turn a profit. The former IP market not only generated tremendous speculation, but also posed a certain risk for products' follow-up operations. So Junior Three Kingdoms drew upon its team's strengths, and set out to develop proprietary Chinese games, surmounting countless barriers to produce a Three Kingdoms card game with the IP gene, building a card-based social system and ushering in a new era of card games. 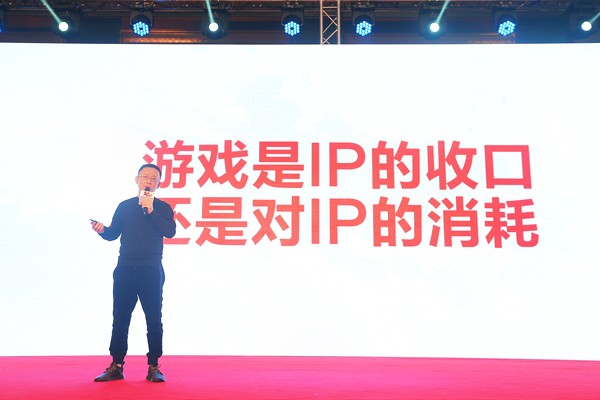 YOOZOO Games' Chief Creative Officer Cui Rong believes that the nature of IPs is to deliver stories and images. Drawing from his own experience with IPs, he told the audience: "games are a kind of time-based art form. They are an extension of IP. In the future, Junior Three Kingdoms will continue to follow the path of delivering premium quality games, striving to depict more vibrant and artistic characters, and bring gamers a unique Three Kingdoms story. The game title Junior Three Kingdoms comes from its goal of familiarizing young people with the stories of Three Kingdoms, and the game's 80 million active players are testament to the production concept's success."
YOOZOO Games is wholeheartedly developing a complete Junior Three Kingdoms industry chain and continually enriching the game's content through IP development, striving to build a positive "Junior Pan-entertainment Ecology" cycle that brings gamers a richer and better experience. Without passion, there is no youth. A brand new Junior Three Kingdoms journey is about to begin.